My new book was published on 17th June 2021 by Lodestar Books.

HILLYARD, The Man, His Boats, and Their Sailors
by Nicholas Gray

The life of a British boatbuilder, the boats he built and the people who sailed them

David Hillyard, born in 1883 and starting from humble beginnings became one of the best known boatbuilders in the country.

Moving from Essex, where he was born, he set up in business in Littlehampton in East Sussex in 1906, where over the next 100 years his yard  produced over 800 boats, over half of which are still sailing today. His chosen form of double-ended hull with a centre cockpit has become instantly recognisable the world over and the boats have established a reputation for seaworthiness, safety and excellence of build.

David Hillyard became legendry for his honesty and principle and customers would cheerfully leave him blank cheques in payment for their boats confident that he would not over-charge them.

The book not only describes the various boats he built but describes the major voyages undertaken by many of them, which include several circumnavigations and many long ocean voyages.

Several well-known people, including the authors Arthur Ransome and Neville Shute, were devotees of Hillyard yachts and their exploits are set out in this book, together with how their boats influenced their writings. 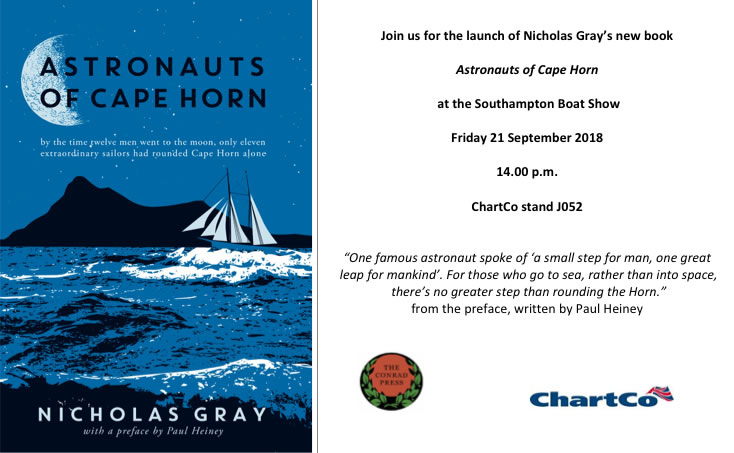 To celebrate the publication of Nicholas Gray’s second book, The Conrad Press is launching the book at a special event at the Southampton Boat Show to be held on Friday 21 September.

To mark the release of The Mercy, staring Colin Firth, a story about Donald Crowhurst’s last voyage which is also featured in our book Last Voyages by Nicholas Gray. Get 30% off your copy of Last voyages by ordering online using the code MERCY!