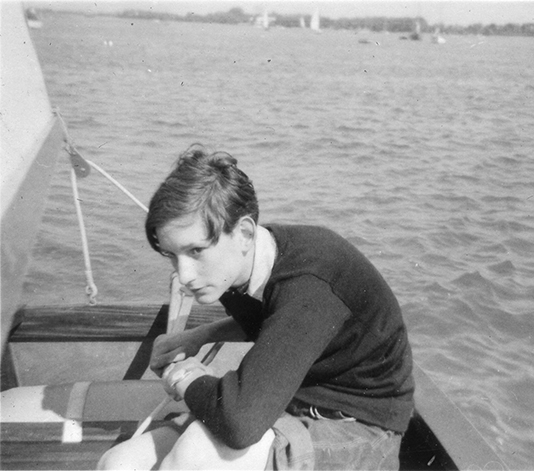 I started sailing at the age of 6 on a small clinker built scow in Chichester Harbour. I then moved onto sailing a Cadet, a Heron and a Firefly. The only good thing about the boarding school I went to was that it was near Frensham Pond, where we raced a fleet of Cadets. I was allowed to keep my Firefly there during term times, so I could often go sailing and escape the horrors at the school. During my school and university holidays I crewed on many yacht delivery trips crossing the Mediterranean and the Bay of Biscay many times.

After that, I graduated to keel boats and bought my first one in 1967 – a small gaff cutter called Roma, which was built in 1903 on the River Exe as a salmon fishing boat. I then bought a 33-foot wooden yawl, Argo, which was the second yacht off the drawing board of the famous yacht designer Jack Laurent Giles. She was built in 1931. Next I bought another Laurent Giles design, a 25 foot Vertue, called Sally II, the second Vertue built and currently owned by Classic Boat columnist Adrian Morgan. 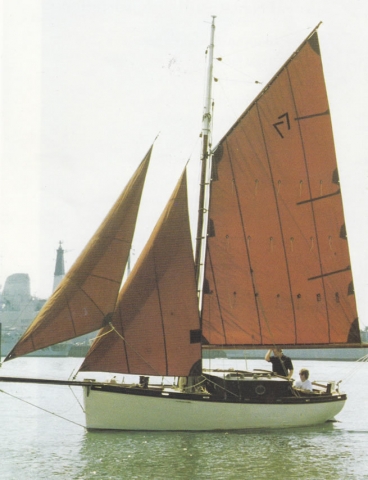 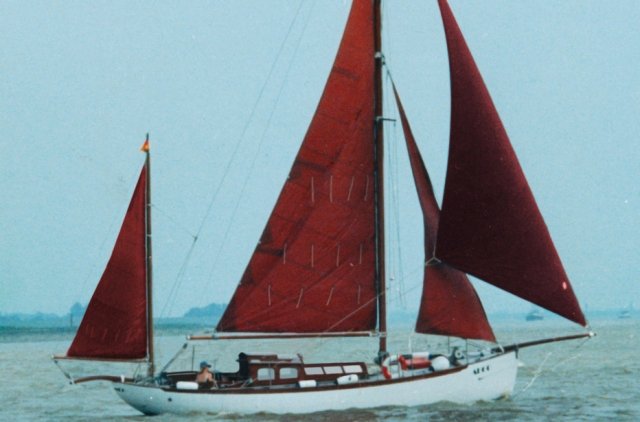 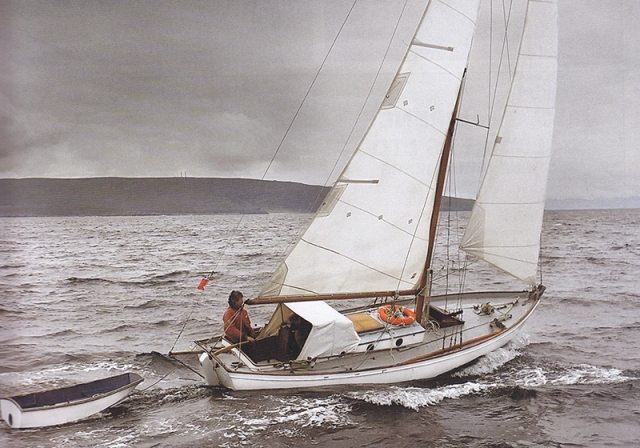 I then completely changed direction and in 1978 took part in the Two Handed Round Britain and Ireland Race on a friend’s very fast but lightly built trimaran, called Heretic; my co-skipper was the well known sailing policeman from Exeter, Peter Phillips. Disappointingly, we had to retire from the race as Heretic began to break up and sink off the west coast of Ireland. After that I bought a 35-foot bright yellow racing trimaran called Whisky Jack, which I bought from Philip Walwyn, an old childhood friend, who features in my book ‘Last Voyages‘.

In 1979 I took Whisky Jack into the 2,400-mile Azores and Back Race. We put up the fastest overall time and won our class. I then ‘swopped’ the trimaran for a 31-foot Sparkman & Stephens designed quarter-tonner, a SHE 31, which we renamed Whisky Jack II. We raced and cruised her around the coasts of the UK, Ireland and France for many years.

In 1980 Don Wood and I chartered the 56-foot Derek Kelsall designed trimaran Great Britain IV, which had won the 1978 Round Britain and Ireland Race in the hands of Chay Blyth and Rob James (also written about in Last Voyages). We campaigned her for a year, intending to sail her in the Two Handed Transatlantic Race to be held the next year but we reluctantly decided she was not strong or seaworthy enough to survive a transatlantic race which, in the event, was held in atrocious weather. GBIV did break up and sink in mid-Atlantic a few years later.

Next, I bought a small Derek Kelsall designed 30-foot trimaran which had just completed the same Two Handed Transatlantic Race under the very unappealing name of Mark One Tool Hire. She had put up an exceedingly fast time in the race despite the awful weather. We renamed her Applejack, painted her bright red and under my ownership she won her class in the 1982 Round Britain & Ireland Race. 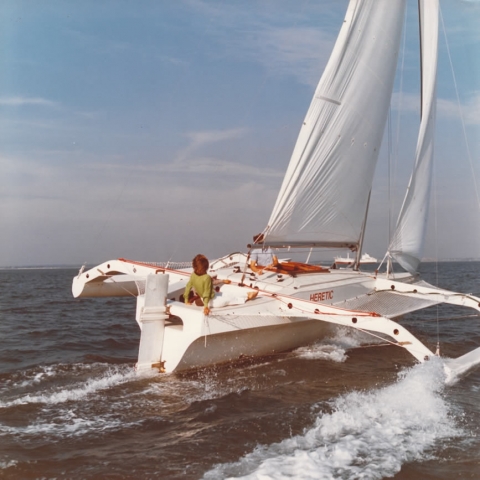 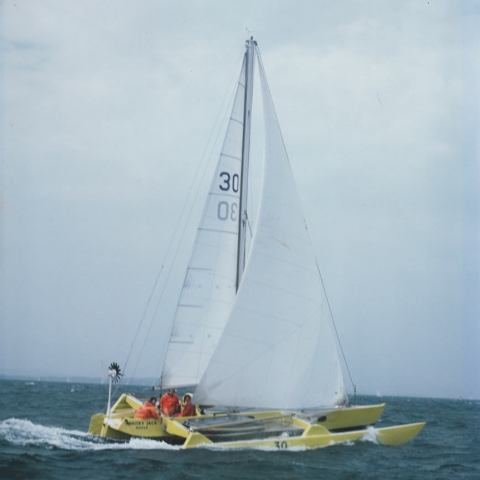 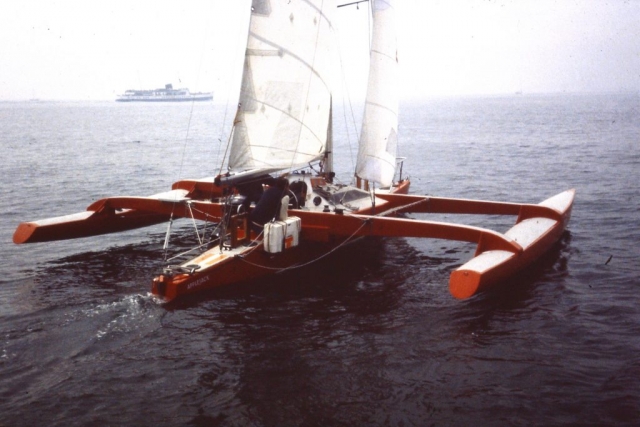 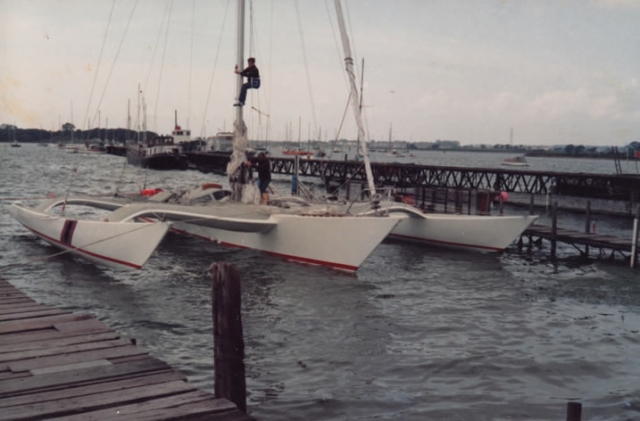 After that I reverted to ‘proper boats’ and bought a classic wooden 36 foot Sparkman & Stevens One-tonner, called Jospehine of Hamble, which had been built by A H Moody & Sons in 1965 and exhibited at the London Boat Show in 1966 (where I first saw her). We kept her for many years, most of the time in South Wales near our house in Pembrokeshire. In her we attended many classic boat festivals and raced her in the UK Three Peaks Race from Barmouth to Fort William.

In 2004 I rescued a 33-foot 8-ton Gauntlet called Mitten which had been deserted by her owner and left deteriorating in the marina in Dover. We rescued her, did her up and sold her on.

In 2010 I bought another rundown yacht needing much care and attention. She was the 22-ton 42-foot Hillyard ketch called Wendy Woo, one of the largest yachts built at the Hillyard yard in Littlehampton. We restored her to her former glory and kept her in Ramsgate Harbour for many years. 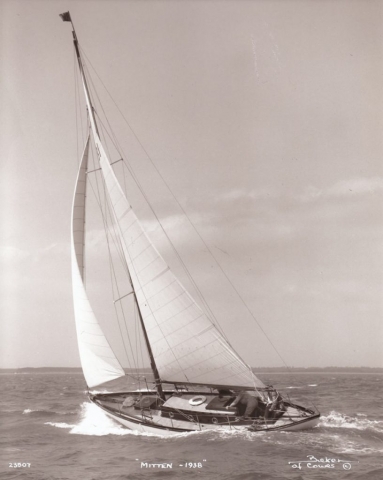 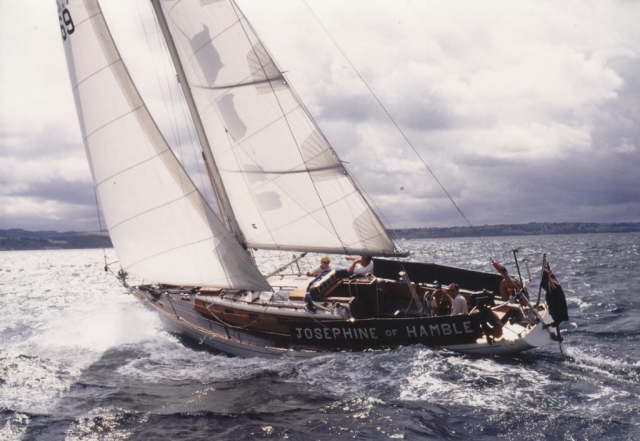 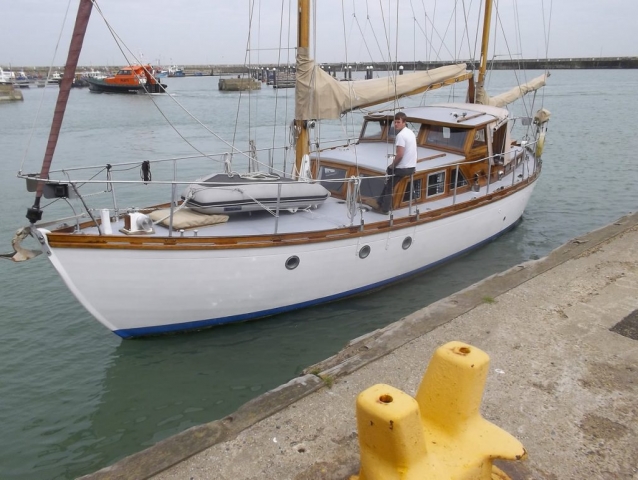 Recently (with increasing age and infirmity) we have given ourselves an interlude from serious sailing and have spent several years exploring the French canals and inland waterways, first on a 36-foot wooden Sole Bay motor-sailor, Vega of Garth, and then on a 36ft steel Linssen motor yacht, Modestine.

Now we own a 35-foot classic wooden Storebro twin-screw motor-yacht, built in Sweden in 1971, called Tina which we kept for several years on the Canal du Midi, near our house in France. In 2017 we bought her back to the UK to carry out some urgently required work, including the fitting of a new deck, new windows and much else besides. 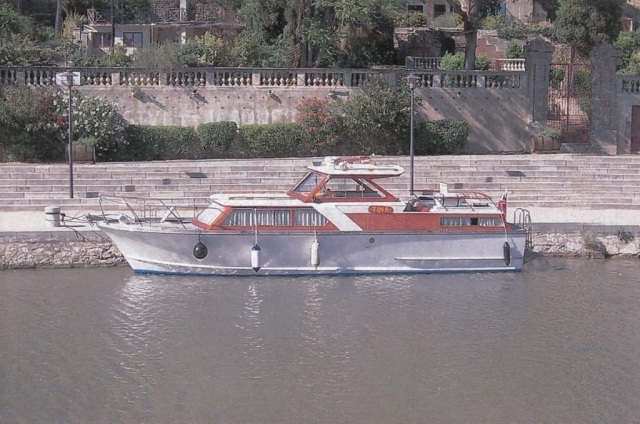 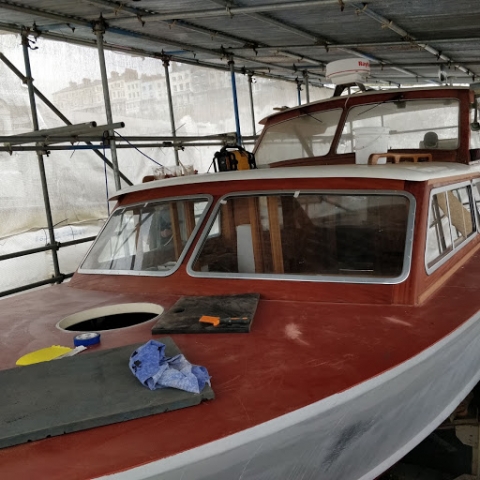